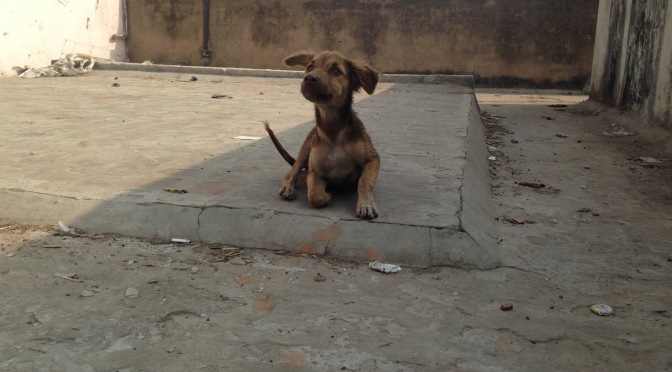 Hello everyone! If you didn’t know already, we are still in India, but no longer in New Delhi. However, I still want to tell you guys about a tour we took a couple weeks ago.

The tour company is unique, since the guides are adults who grew up as street kids! It’s called Street Connections, and is part of the Salaam Baalak Trust, which is an Indian non-profit and non-governmental organization dedicated to helping street children and working children.

Our guide, Khursheed, is currently one of the only two guides in the company. He is, as stated before, an adult who grew up on the streets. Around the age of 6 days old, his parents got divorced, and at age 6, his mother died, so he had to go live with his grandmother. Khursheed said that when he was young he was a pretty naughty boy who regularly got into trouble for stealing. When his grandmother eventually kicked him out, he went to live with his father and stepmom, who were abusive and cruel, until he ran away and lived on the streets. That’s when the Salamm Baalak Trust found him and brought him to one of their orphanages where he grew up the last 6 years of his childhood. When he had to leave the orphanage due to age restrictions, he joined their tour company and has been a guide for a year now.

We met Khursheed at a place called Jama Masjid, one of the largest mosques in India. On certain days of the year, it will have around 25000 people in it at once, all of them worshipping. Khursheed told us that it had cost the emperor Shah Jahan one million rupees, or the equivalent of $26,226,000 dollars today.

After leaving Jama Masjid, we started walking around on side streets, where we occasionally saw little ‘street temples’ where people could go and pray. They were about the size of an average living room, so just large enough for a statue, a shrine, and a prayer carpet to fit in comfortably.


When we were done walking around the streets, we went to a Jain temple. This temple was two stories tall, and on the second level there were around thirty little gold statues, and one large nude marble statue of a dude (Editor’s Note: The statue is of Lord Mahavir). In some smaller side rooms, there were a few small artifacts, but we didn’t know what they were since our guide had to stay at the entrance. Also, we couldn’t understand the descriptions because they were in Hindi.

We made another stop at the Spice Market (Khari Baoli), where Khursheed took us through the hustle and bustle of many shops and people up to the roof of the complex. On the way up, all of us were assaulted by a sensory overload of every type of spice in the market at once. At this point, we started sneezing and I noticed that every single person there (including locals) either had a mask on or was sneezing just as much as we were. That was especially difficult for Kamaile, due to the fact that she had a cold at the time and was already congested and coughing. When we got to the roof, I immediately noticed a dog that was tangled up in kite string. The string was wrapped around his torso and neck, so I helped free him. The we went back to viewing the Khari Baoli from above.

Finally, we went to the orphanage where Khursheed told us his story and a bit about the company. The company helps rescue basically slave children from companies, educates them, and teaches them life skills while giving them a home. After donating, he helped us find our way home on the super confusing subway system. We said our goodbyes on the train, and we walked home.